From Hiroshige to the Silk

Modern works inspired by Hiroshige. (1797-1858)
After the sculptural creations made for the centenary of Akira Kurosawa and the melodies composed under the guidance of Steve Lacy, I never would have imagined that my life would be absorbed again by something as big and dangerous as a sponge. A sponge that drinks up thoughts and memory and at the same time gives back a big reward in the form of a great passion for the Japanese world. I never imagined that the marks of weariness and disappointment would be etched on my face so early. But my quest for life, colour, and joy turned these wrinkles into roads that led me to a great artist named Hiroshige. This profound performer of the Japanese landscape was exemplary in representing the mutability of the seasons. And it is precisely four of his seasons that I am presenting here at the Museum of Oriental Art in Venice, with six paintings inspired by six prints and then sewn onto silk shantung dresses made by the designer Marco Truffa. Four of them are dedicated to the seasons, and two to the states of the soul and the changing of the seasons, from death, the destructive wave to rebirth, the departure. In conclusion, I offer for the visitors' contemplation, the two main forces of nature that create, destroy, and transform - the feminine one (life, youth, heroism), represented by the work dedicated to Tomoe Gozen, and the masculine one (the end, wisdom) in the memorial portrait of the master Hiroshige. 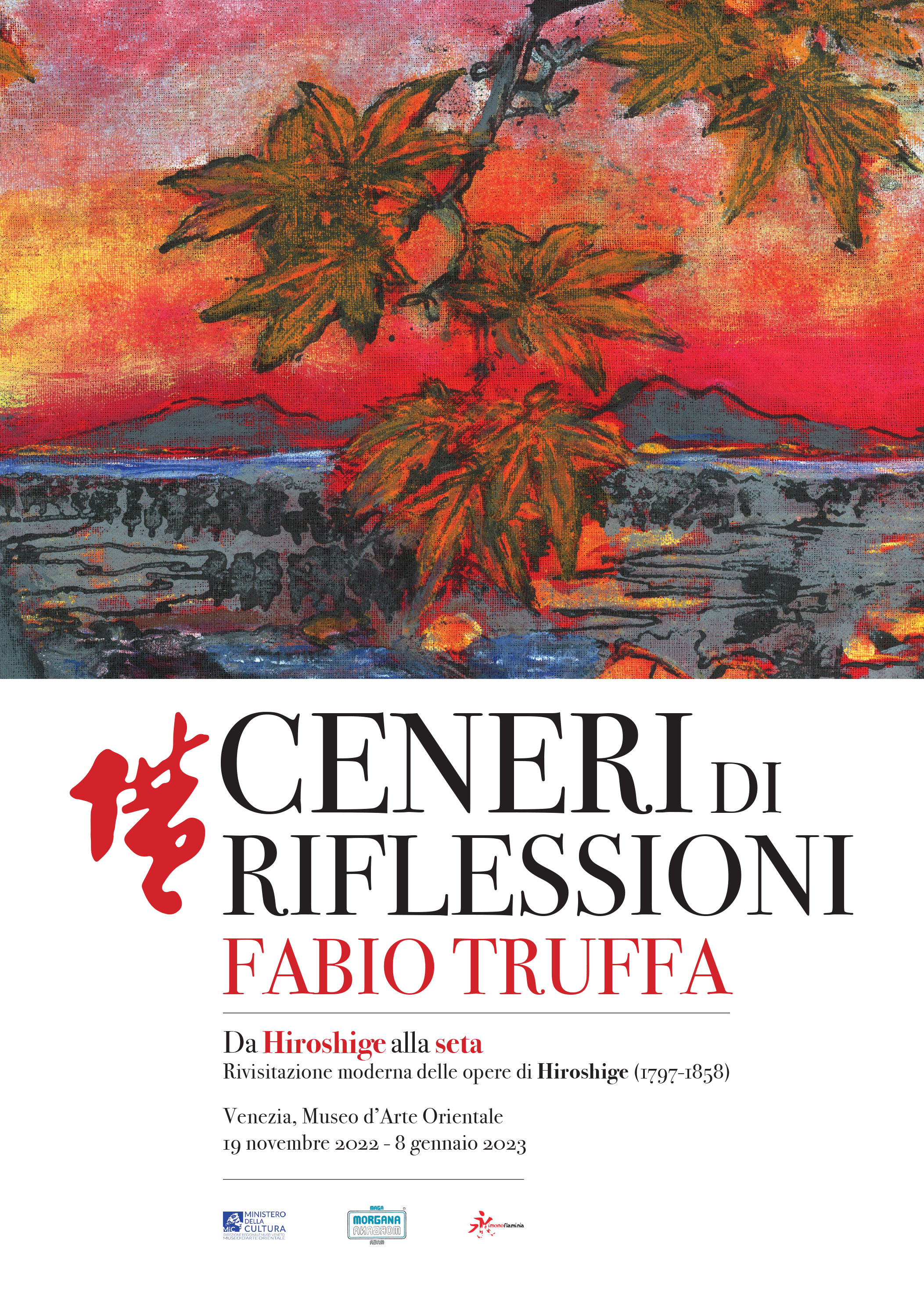 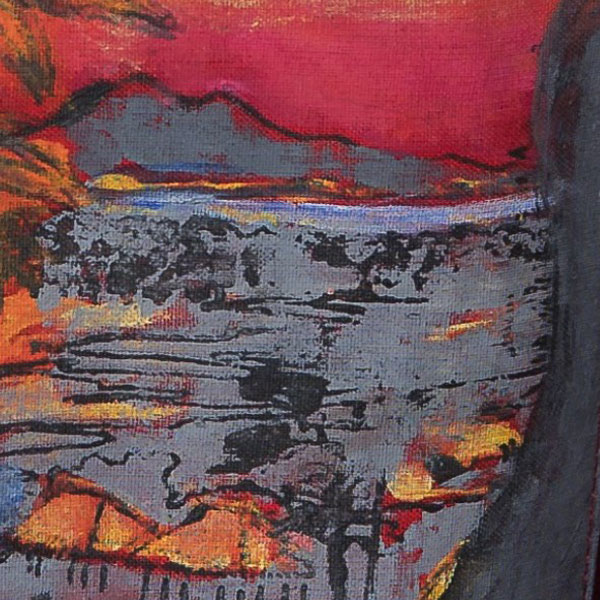 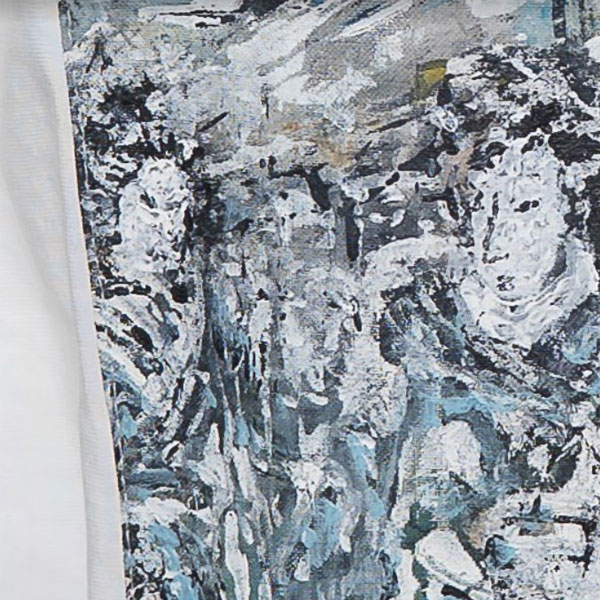 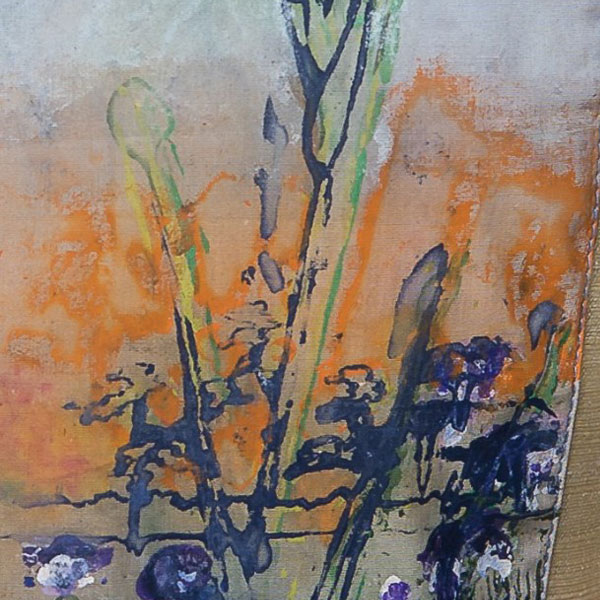 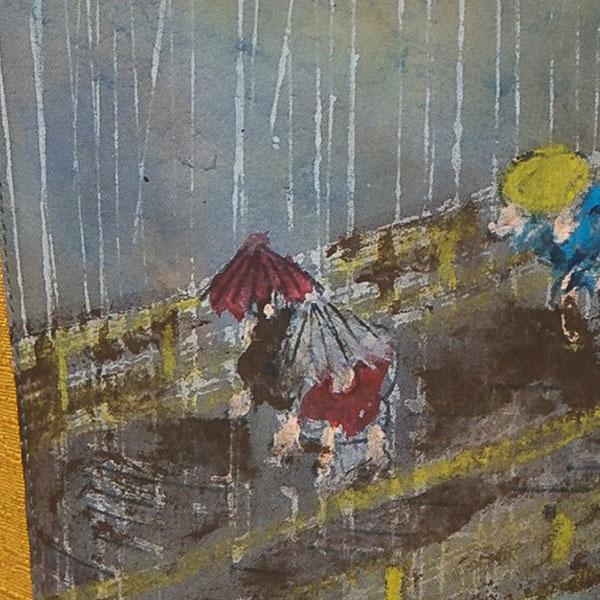 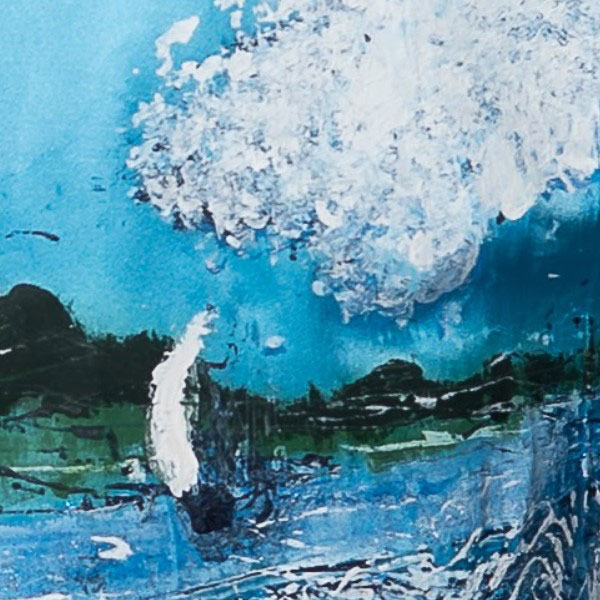 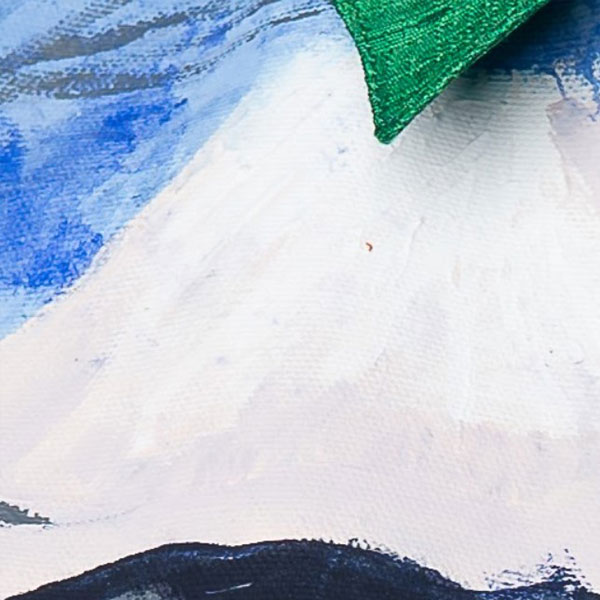 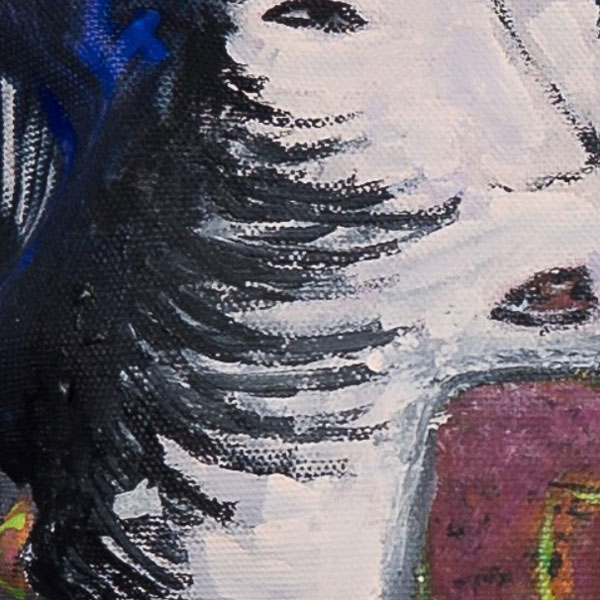 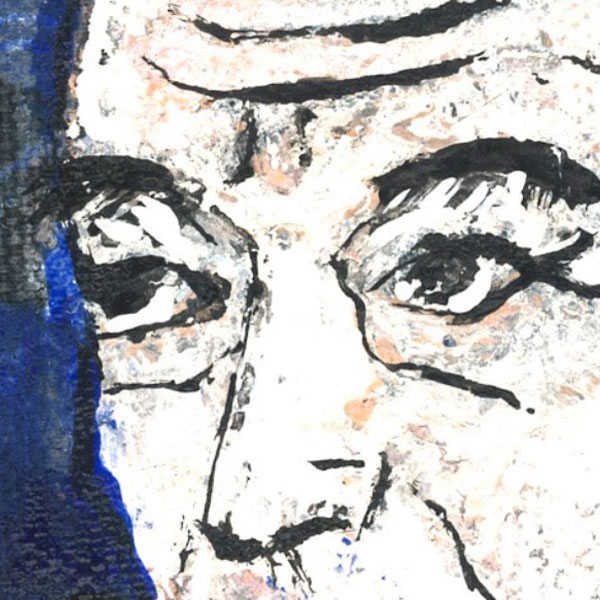 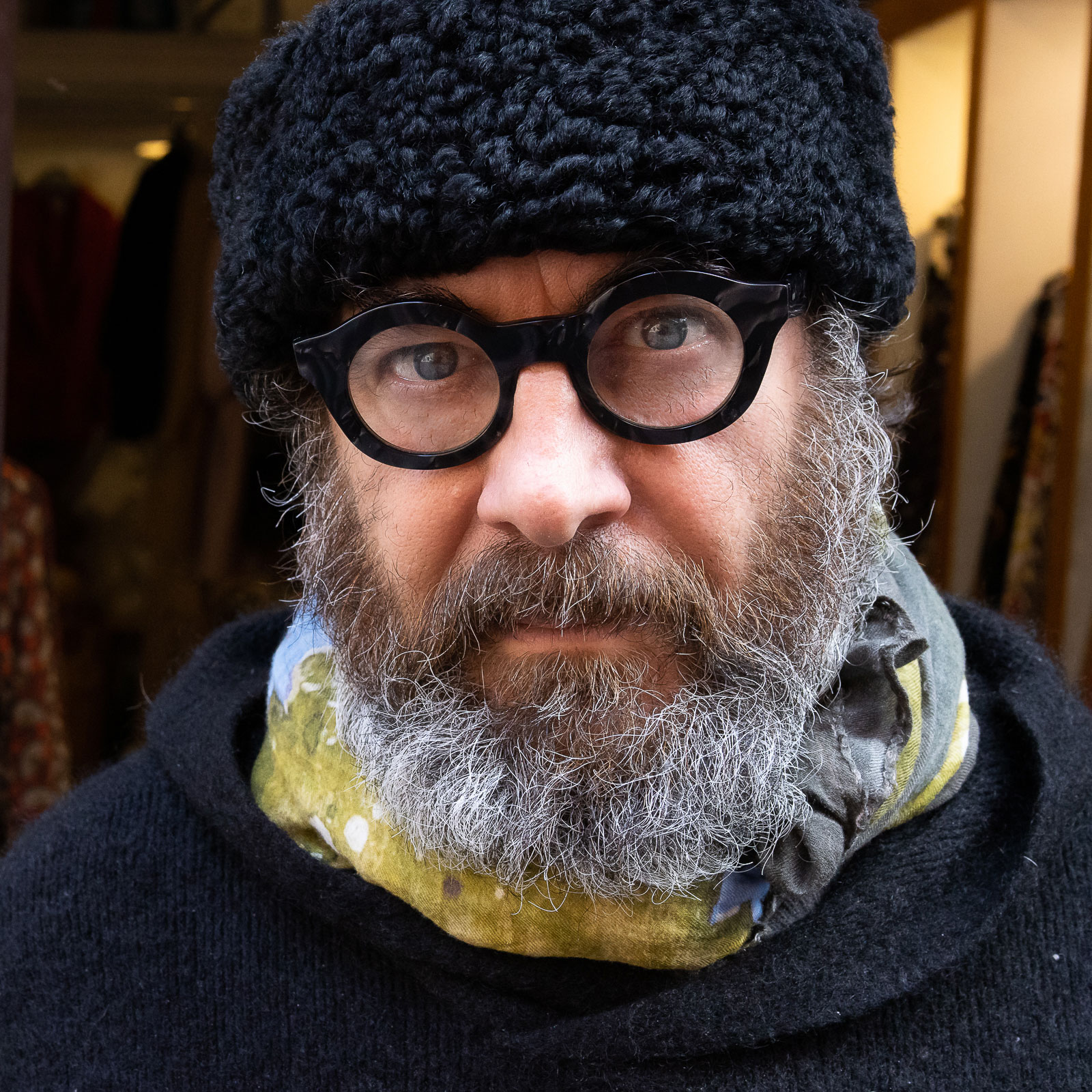 
The Museum of Oriental Art in Venice holds one of the largest collections of Japanese art from the Edo period (1603-1868) in Europe, Chinese and Southeast Asian works. Since 1928 it has been housed in the extraordinary Palazzo Pesaro, owned by the City. The owner of the collection is Enrico di Borbone, who made a long journey around the world between 1887 and 1889, acquiring more than 30,000 works, many of which became state property. In the seven rooms devoted to Japan, one can now admire the weapons and parade armour that belonged to the feudal lords of the Edo Period (1603-1868), lacquer saddles and stirrups, a rare lady's sedan chair, paintings on paper and silk, and silk dresses with precious embroidery. As many as two rooms are devoted to lacquer objects from wedding trousseaus of wealthy aristocratic families made using the technique of gilded lacquer. The works belong mainly to the Edo Period (named after the capital, Edo, today's Tokyo) or Tokugawa, named after the shogunate lineage that ruled the country's fortunes for more than 250 years, ensuring the archipelago a period of relative peace and characterized by almost complete isolation. There is no shortage of older works as well, such as a pair of wooden statues from the Kamakura period (1185-1333) or blades from the Muromachi period (1392-1568). The Chinese section displays jades and porcelain from various manufacturers and a precious painted scroll. The room devoted to Southeast Asia features Thai silverware and porcelain, Burmese lacquer artefacts, rare kris, batik textiles, and leather puppets from the wayang, the Indonesian shadow theatre. Some works in the collection are displayed on a rotating basis. 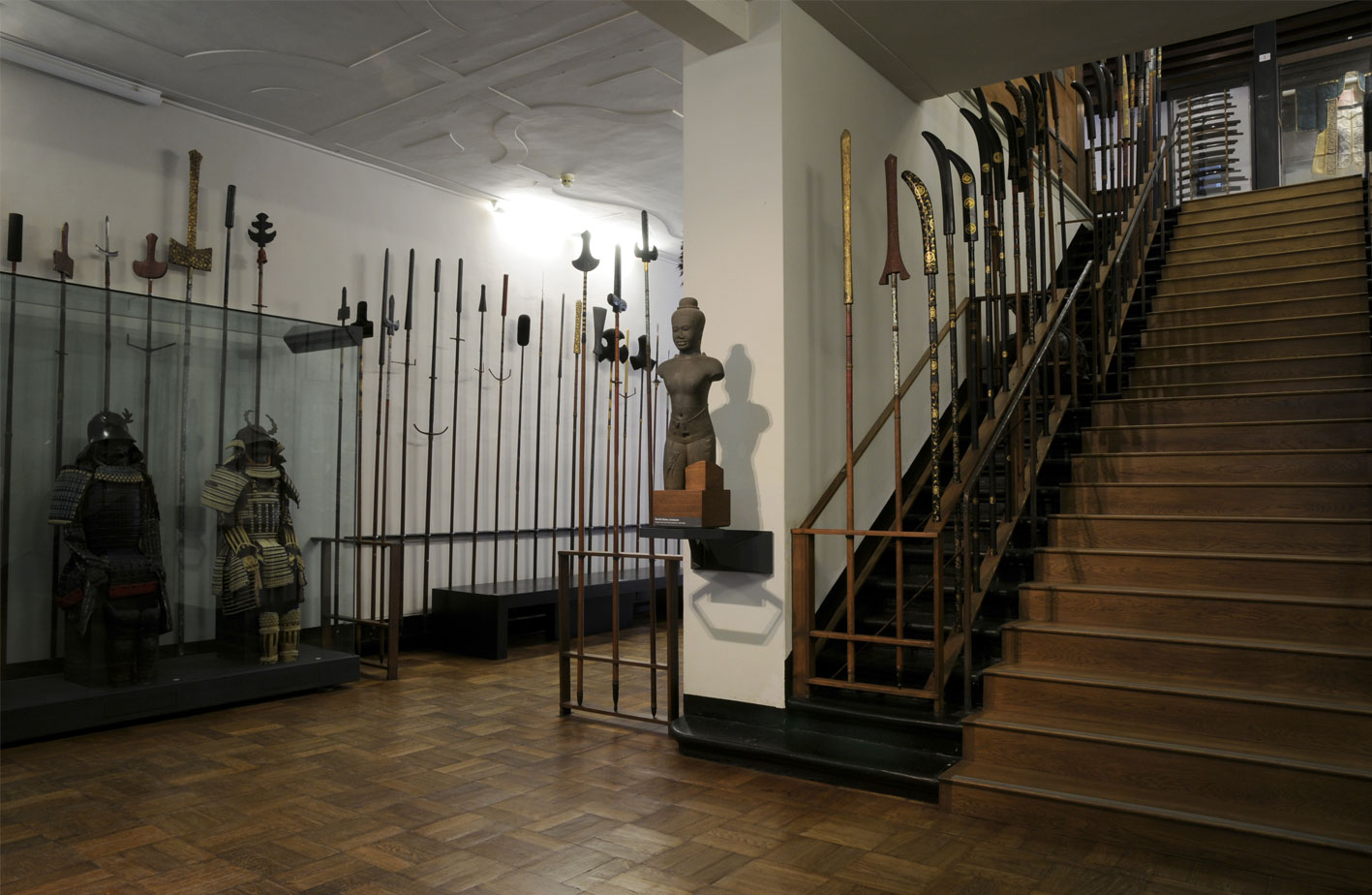 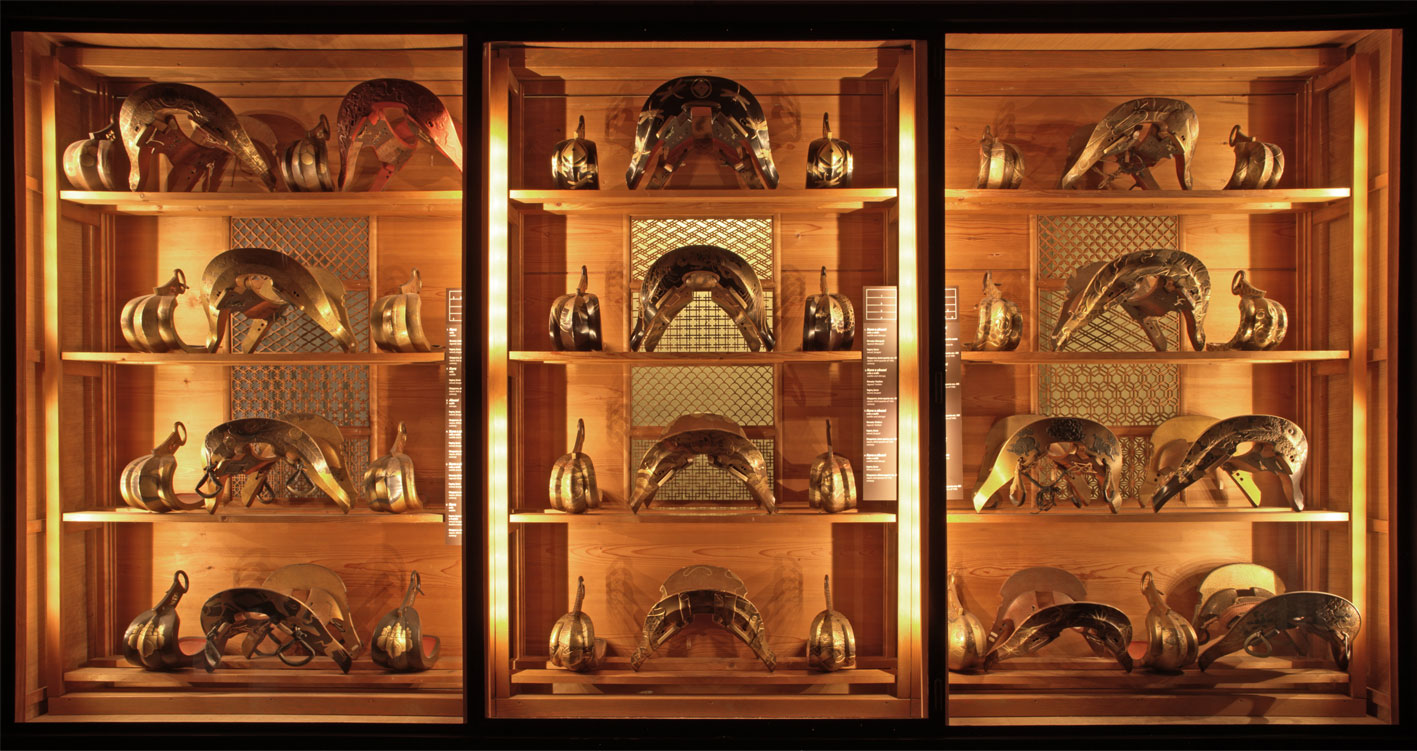 
In the centre of Rome near Piazza Navona, this colourful and joyous boutique offers a collection of different and entertaining dresses. Initially, the clothes were designed and conceived by designer Luciana Iannace. In recent years she has dedicated her passion and imagination to pleasing many customers, always using precious fabrics, including antique lace. Her sons, twin brothers Marco and Fabio Truffa, have continued the tradition. Fabio develops various collections with hand-painted garments inspired by the ancient Japanese art of Noh theatre. He takes cues from different aspects of Japanese art to create clothes that become works of art, unique pieces worn with pride. Marco designs romantic and seductive women's dresses with a fast, comfortable and practical style using materials that sculpt the body. At the same time, his works engage patterns of paintings in an eccentric style. 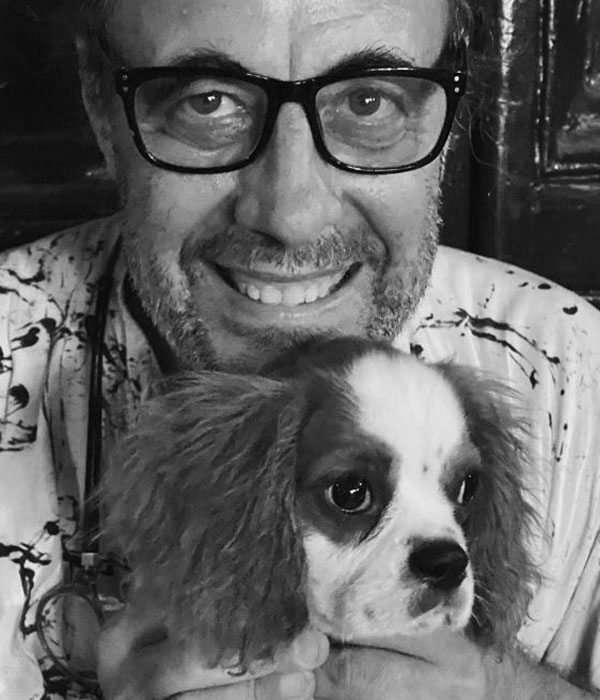 Marco Truffa was born in the city of flowers and had a very eventful childhood. Waves carried him from Sardegna to boarding schools where he could not express himself. The desire to fly and escape from a suffocating reality made him travel paths full of emotions reaching new desired goals. In the alleys of Rome's historic centre, he found in his workshop Morgana, an outlet and expression for his creativity and visions for the world. Moving from knitwear with handmade components and pleated dresses topped with lace to inventions with pieces from the past. 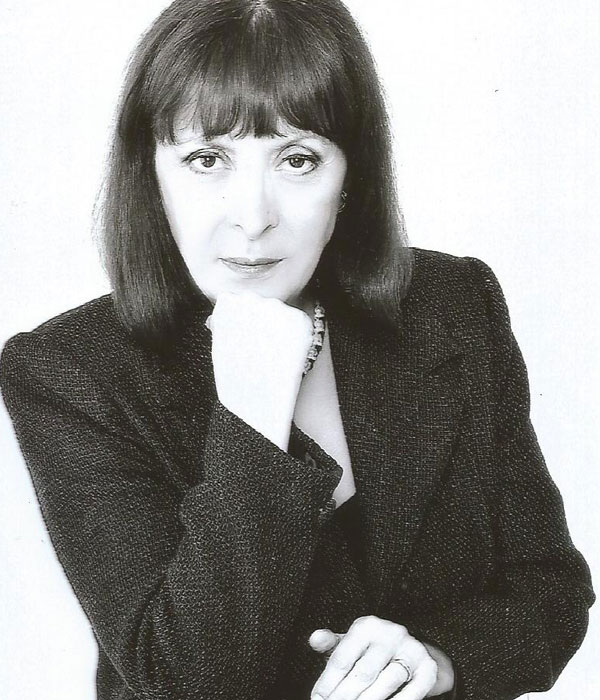 Patrizia Venanti was born in Rome. She has been working in the fashion field for 35 years. She has collaborated with several names and currently creates and collaborates with the Morgana store in Rome since 2018. She is a dressmaker and an expert in ready-to-wear, haute couture and bridal. 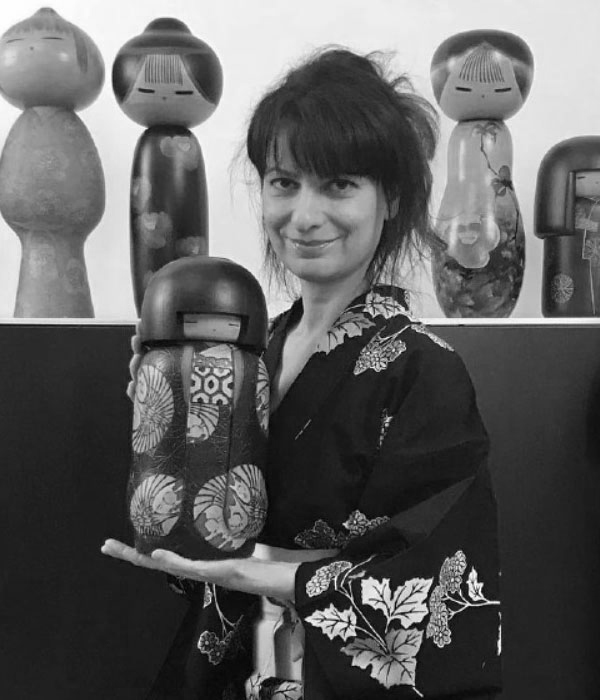 Kimonoflaminia was born in 2009 out of a great love for Japan, which led to business connections with Japanese suppliers who guaranteed garments of the highest quality in condition, materials used and manufactory. Then came the search for other items of great value such as vintage paintings and panels, Buddhist statues, Japanese art objects, and especially kokeshi dolls, true works of art in wood made and decorated by the hands of master craftsmen. Over the years, there have been many collaborations with theatre, television and film costumeries, various advertising agencies and bookshops of major Japanese-themed exhibitions. Even today, there is a renewed love for Japan and its fascinating culture. Each time a new item takes part in the collection after careful selection. Domo arigatō gozaimasu! (Thank you very much!) 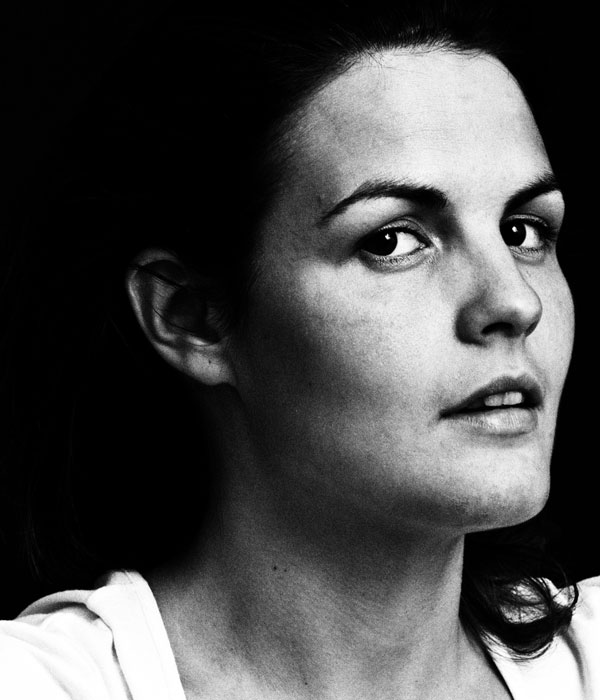 Denitza Stefanova was born in Sofia, Bulgaria, where she first approached the stage. She has worked in the film industry from 2008 to the present day. For the last thirteen years, she has been living in Rome and doing various artistic activities, including as a casting director for the film Europa by Haider Rashid and editor for the documentary Fuoco Sacro by Antonio Castaldo. From 2010 to 2012, she organized film festivals, collaborating with Cinema Farnese and also with the festival "Golden Linden" for new European cinema in Bulgaria. From 2019 to the present, she is the production coordinator for the film company 8 Production in Rome. 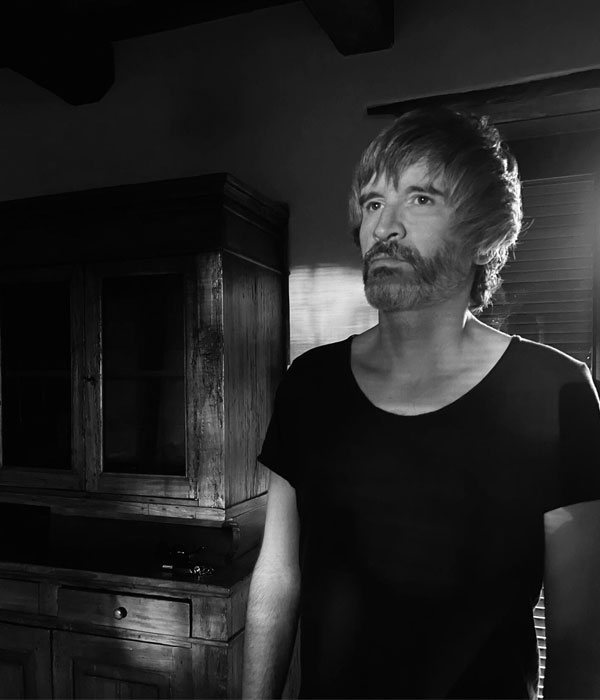 Marco Soellner is involved in editorial graphic design. He has worked as an art director for many years and has always been interested in photography both as an author and as an editor. His primary activity, however, remains music. For about twenty years he has been playing the guitar and singing in Klimt 1918, a shoegaze/post-rock/dream pop band with which he has released four albums and toured Europe far and wide. 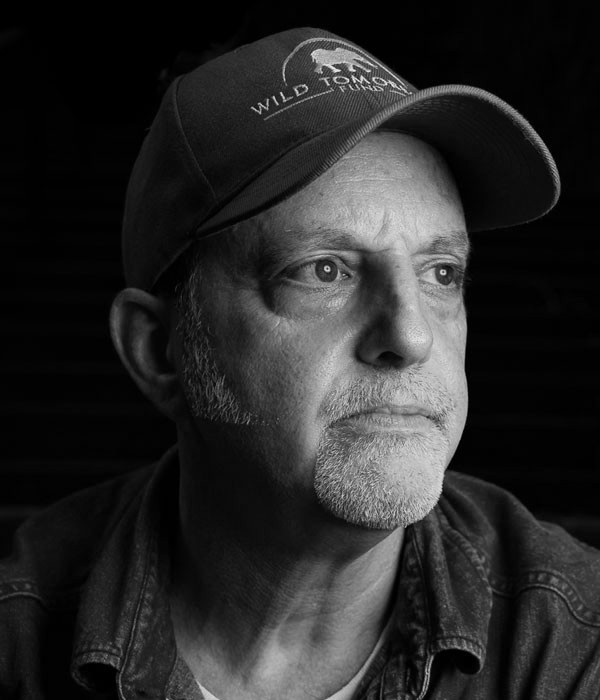 Charles Chessler is an NYC-based photographer with a passion for people. He works with actors, authors, musicians and business people and loves all of it. Charles loves Italy and is always very happy when he is working there. He is also passionate about wildlife and conservation and works in South Africa with the wildlife conservation non-profit, Wild Tomorrow Fund. He can be contacted through his website: charleschesslerfaces.com